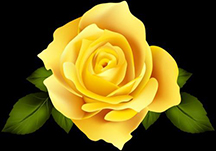 Mary Church Terrell was a pioneer for women of color at the beginning of the 20th century. Mary was a native of Memphis, Tennessee, and the daughter of Robert R. Church-- a prominent African American businessman in the city. Mary became one of the first women of color to earn a college degree, and she worked to champion equal rights and women's suffrage. Mrs. Church Terrell was a founding member of the National Association for the Advancement of Colored People (NAACP), and the National Association of Colored Women (NACW) of which she served as president.