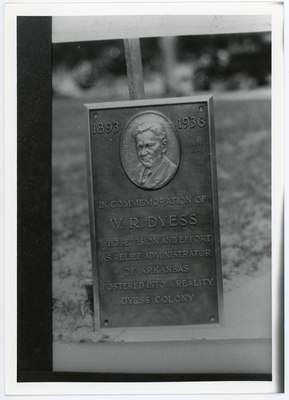 Dyess Colony, Arkansas, undated. A commemoration plaque for W.R. Dyess, whom the colony was named after. Photograph taken by Everett Henson.