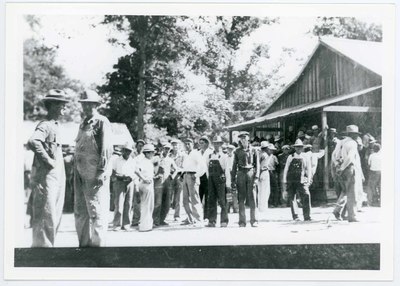 Dyess Colony, Arkansas, undated. A group of workers and men are mingling outside one of the colony's buildings. Photograph taken by Everett Henson.