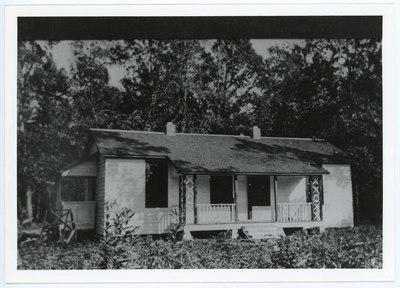 Dyess Colony, Arkansas, undated. A house that was built in the colony with a porch in front, set amongst the trees. Photograph taken by Everett Henson.