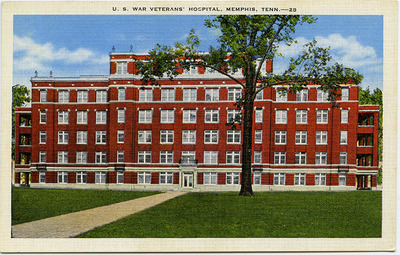 Built in 1921 at 1025 Lamar Avenue, the Veterans Hospital Complex was originally built as a hospital for "the indigent sick". It was sold to the U. S. Veteran's Bureau in 1921. After the construction of the Kennedy VA Hospital in 1947, this location became a tuberculosis hospital, then later a teaching hospital. It was closed in 1996 and demolished in the early 2000s.