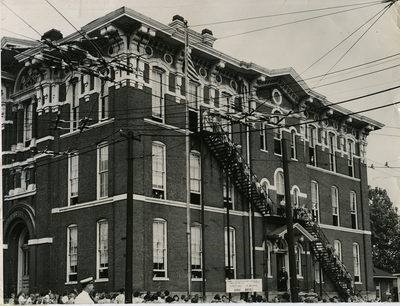 The Christine School was a public school built by the Memphis Board of Education in 1872. Located at Third and Market, Memphis, it was first called the Market Street School and later the Smith School after the first principal. The Memphis High School also occupied the building from 1877 to 1892. In 1920 it was renamed the Christine School after Annie Christine Reudelhuber, the principal of the Smith School from 1882 until her death in 1920. The building was torn down in 1964.