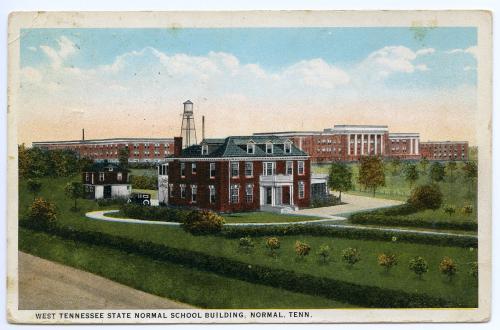 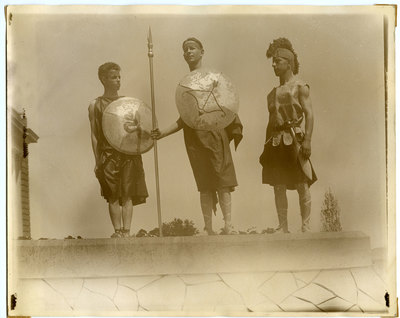 Students from the West Tennessee State Teachers College Latin Club performing John Drinkwater’s “A Night of the Trojan War”. The title of the image is "Soldiers on walls of Troy". The students appear to be standing on the steps in front of the Administration Building. The names of the actors are not noted on the photograph but the cast included: Ilus, a Trojan Soldier - Louis Peiser; Capys, another Trojan Soldier - George Wortham; An Attendant - Clyde Joyce. The actors are standing on the entrance steps of the Administration Building. The performance of three one-act plays, that also included Mary MacMillan’s “At the Church Door” and “Pan or Pierrot”, took place on May 12, 1926. The image formed part of a mounted group of eight photographs taken of the performers. See sc.ua.ph03.003_001.006