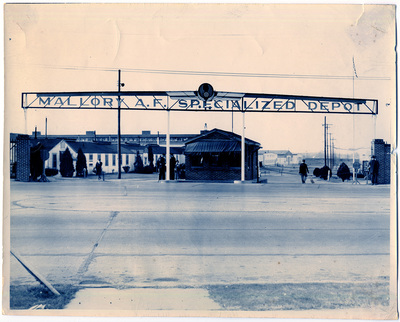 Mallory Air Force Specialized Depot built in 1943, between Chelsea and Jackson Avenues in Memphis, Tennessee. Formerly known as the 830th Air Force Specialized Depot, it was renamed in August 1949 after William Neely Mallory from Memphis who served in Europe during World War II until his death in February 1945. It was the second largest employer in Memphis at over 3,000 civilians, 34 officers and 14 airmen when plans for its gradual closing were announced in 1957.