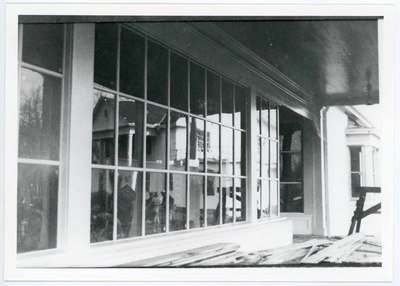 Dyess Colony, Arkansas, undated. The reflection of a building is shown in the store front windows of another in the town square area of the colony. Photograph taken by Everett Henson.