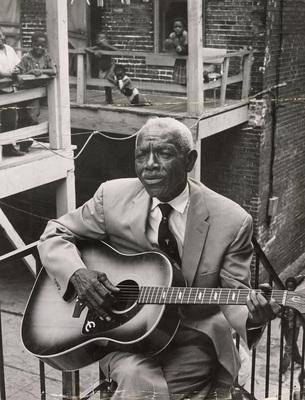 Walter "Furry" Lewis was a blues guitarist and songwriter whose career began in 1908. Furry was one of the first blues musicians active in the 1920's to be brought out of retirement and "rediscovered" in the 1960's blues revival. He continued performing until his death in 1981.