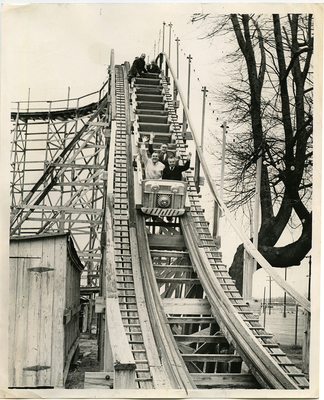 The Zippin Pippin is one of the oldest existing wooden roller coasters in the United States. It was initially constructed in the former East End Park in Memphis, Tennessee, in either 1912, 1915, or 1917 by John A. Miller and Harry C. Baker of National Amusement Devices. The construction material was pine wood. As the park declined in popularity, the coaster was dismantled and relocated adjacent to the horse track in Montgomery Park, later known as the Mid-South Fairgrounds. The Memphis amusement park, Libertyland, was built around the ride and opened in 1976 and lasted until 2005 when it closed. In 2010 the roller coaster was sold and moved to Green Bay, Wisconsin.