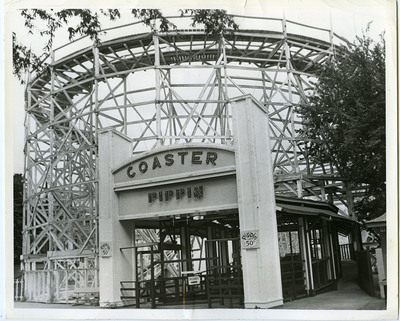 The Coaster Pippin is a wooden roller coaster built in the 1910s. It was initially constructed in the former East End Park then relocated to the horse track in Montgomery Park, later known as the Mid-South Fairgrounds. In 1976, the City of Memphis built Libertyland around the roller coaster and renamed it the Zippin Pippin. In 2005 the park closed and the Zippin Pippin was eventually sold and moved to Green Bay, Wisconsin.