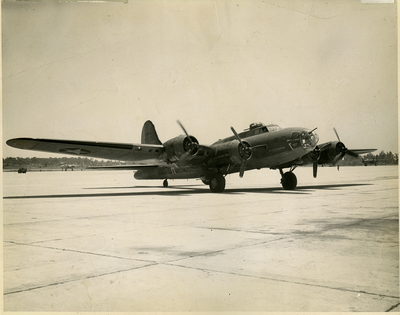 The World War II B-17 Flying Fortress "Memphis Belle" in Memphis in June 1943 on one leg of a nation-wide War Bonds tour. The "Memphis Belle" gained fame for being the first U.S. heavy bomber to survive 25 missions over Nazi-occupied France. It remained in Memphis after the war until 2005, when it went to the National Museum of the United States Air Force in Dayton, Ohio.