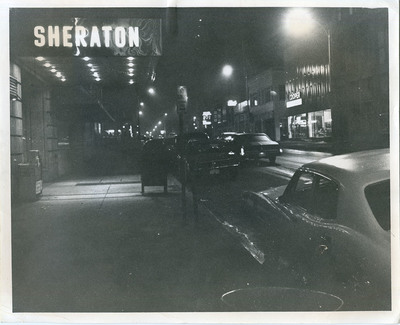 Looking south along Second Street from Union in Memphis, Tennessee, under the old street lights before they were replaced. The photographer notes that he took the picture at the same time and developed them in the exact same manner as a photograph under the new lights so as to make a comparison. January 16, 1974.