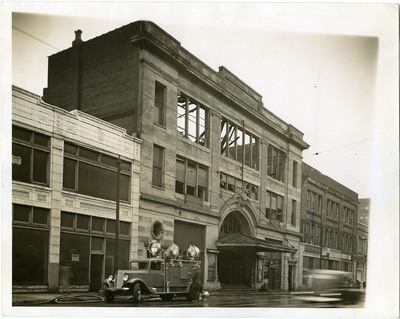 The burned out remains of the Lyric Theater at 291 Madison Avenue, Memphis in 1941. Constructed in 1908 and originally called the Jefferson, the theater operated as both a venue for plays and as a vaudeville house until the mid-1920s. Then it was used for YMCA meetings, dramatic clubs and other gatherings. The theater was vacant and owned by the city when it was struck by lightening and caught fire in January 1941.