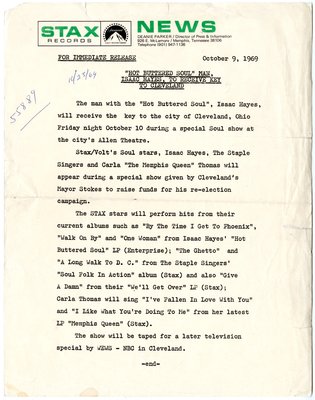 Press release from Stax Records, Memphis, Tennessee, dated October 9, 1969, stating that Isaac Hayes would receive the key to Cleveland, Ohio, and he and other Stax stars would perform in a show to raise funds for Mayor Stokes re-election campaign.